Escaping to an Island 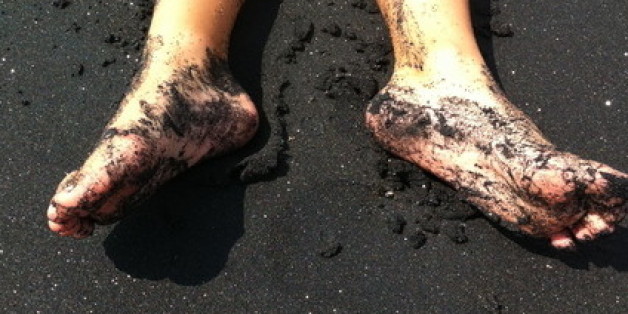 FIONA CHANDLER
Like many children of generation X I loved to travel and took off after University wearing Doc Martens, armed with a back pack to see the world. Returning to focus on a career in Graphic Design. With the idea of more travel in the years to come. Then came marriage and family. While it was all I was hoping for, there was not enough time to enjoy it. The stress of the juggle. Career, family, and relationships. I seemed to spend more time getting organised than enjoying what we were in the middle of. Plus a lot of time shouting about socks. A seemingly spur of the moment decision, we decided to escape and have an adventure with our four little ones. I knew only too well that life was too short to put it off

This decision changed the way we lived immediately. For all of us. A sense of freedom and purpose. The idea evolves as the journey did. Grappling with technology or the lack of it. Learning new skills: Crochet, Balinese cooking and home schooling. Rediscovering old ones: papier mache, sketching daily, photography and printmaking. Talking and playing everyday

with nowhere we had to be. Becoming the mum you hoped to be and accepting the one you are.

day we arrive. The little blue house is rented. The car sold. Chooks, cat and rabbit are billeted out. A small backpack each and off we went.

Very quickly it became obvious what was important to each of us. Many books and pencils were packed. Clothes weren’t. Finding our way as parents was a little tricky too. Initially providing fresh food in an out of the way environment wash’t the stroll to the market in the village that I hoped. Letting our ideas go about what was important. Time was a significant game changer. It was not quite as relaxing as I first supposed, although enjoyable. With kids I think you are always busy. Always the next game of uno or boggle, gang (Balinese for lane) to explore.

The elasticity of time is different though. If I look back over a day I see how many things we have done; the changes are less about how many but more about how much time spent. In the first week all of the boys including Nick ( my husband) were sick in pretty quick succession with high fevers for days at a time. They all needed mum, so not a lot of sleep was had on my part. With the upside being I didn’t have to rush the others to school. A day of sleeping for Noah did not require a phd in time management like it may have at home. I could read to him and the others for hours at a time… it’s little things like that … the world of difference. We discovered a birds nest with chicks slowly tracked their progress from the out door bath often.. with mama bird watching closely. At home it would have been quick glimpses.Four4 years later the children still talk about the day the swallows flew.

We swam and snorkelled most days, learned to ride motorbikes to travel the island. Learned to let go and have the children ride with us. Bravely tackled big surf breaking on a reef. Learned together as a family how easily it was to mistakenly swim in a sharks’ nursing ground and the run to the beach when we realised. We learned to ask questions of our surroundings and listen to the children. We weren’t the chiefs any more and they weren’t the indians. We sat silently one day and saw a snake stalk a frog and finally catch it’s dinner.

This was written about and illustrated, incorporated into their schooling. Of course there were still fights and squabbles between the siblings. We came to know their strengths and personality traits. As a family we learnt how tenacious nits are… and how huge they are and their life cycle… incorporated into homeschooling. Along with praying mantis, monkeys, hinduism, sustainable building with bamboo, architecture, nyepi and oga ogas, sonar and bats and so many other things. We had time to find out the answers to all the questions. The kids had time to create.

Together they made an amazing city out of found materials un prompted over a week. It was amazing. They wrote stories, painted and drew. There was no television and only Skype once a fortnight. Our bow to modernity was the deliveries from the book depository and their kindles. Books became truly important . Books were swapped and characters came to play. Percy Jackson was prominent.

Time solved the questions about what we are going to do when we get home. For the kids they wanted to be less busy. For me I wanted to live a creative life – make things rather than run a business. Pursue art. For Nick to work for himself so he had more flexibility around family. Four years later we have continued as we set out. We still read aloud to the kids. Two of them are going bravely to travel with a school they visited in Bali. They do less organised activities and drive their own interest projects.I am a full time artist. Nick works for himself.

You can find Fiona at fionakate.com.au or on instagram @fionakatesimplegorgeous 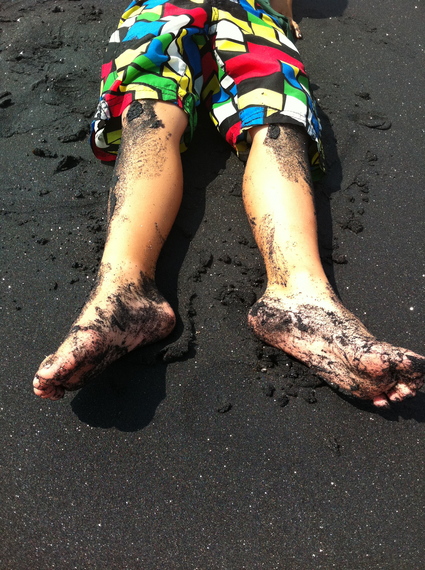